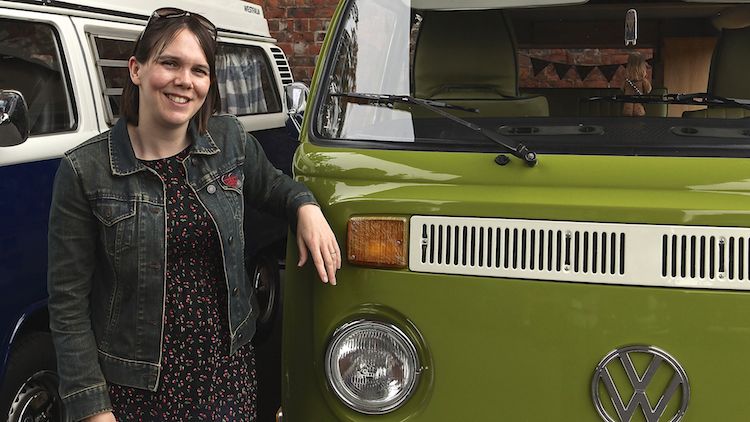 The Heritage Lottery Fund (HLF) has announced funding for a Newcastle-based company to record stories and memories from the VW Campervan community.

Home is Where You Park It is a project launched by VW enthusiast and 1977 T2 Late Bay owner Alex Henry, who also runs a social enterprise company, Curiosity Creative, specialising in digital storytelling.

Alex Henry explained: “The UK’s VW community is united not only by VW ownership but also by the stories and memories collected along the way.

“We will be recording the history and heritage of the VW Camper by immortalising people’s individual stories and preserving them as part of our history.”

Ivor Crowther, Head of Heritage Lottery Fund North East, said: “VW campervans are often considered iconic and for many owners they aren’t just a means of transport but a way of life. Thanks to money raised by National Lottery players we’re pleased to support this project which will provide an insight into an important part of popular culture and delve into memories and stories spanning more than six decades.”

People will be able to view the stories on the Curiosity Creative website and an accompanying Home Is Where You Park It book will also be produced.

Alex added: “We’ll be running workshops throughout the spring with members of various North East VW clubs and groups, where people can make their own digital stories as part of the project.

“We’ll also be attending various VW events in 2016 to screen the stories and talk to people from the VW community.”

Mark Stutt from the Tynemouth Classic VW Rally, which has offered its support to the project, said: “We recognise the importance of this project - it will gather the stories and memories of campervan owners that will have a great social importance and allow them to become a permanent record and allow their access in the future.

“We wish the project every success and look forward to participating with it."

Home is Where You Park It is also partly funded by the VW community, having run a successful crowdfunding campaign earlier in the year.

More details are available at www.curiositycreative.org.uk and on the Home Is Where You Park It Facebook page (www.facebook.com/homeiswhereyouparkitstories) and Twitter (@camperstories).

About the Heritage Lottery Fund (HLF)

Thanks to National Lottery players, we invest money to help people across the UK explore, enjoy and protect the heritage they care about - from the archaeology under our feet to the historic parks and buildings we love, from precious memories and collections to rare wildlife. www.hlf.org.uk @heritagelottery