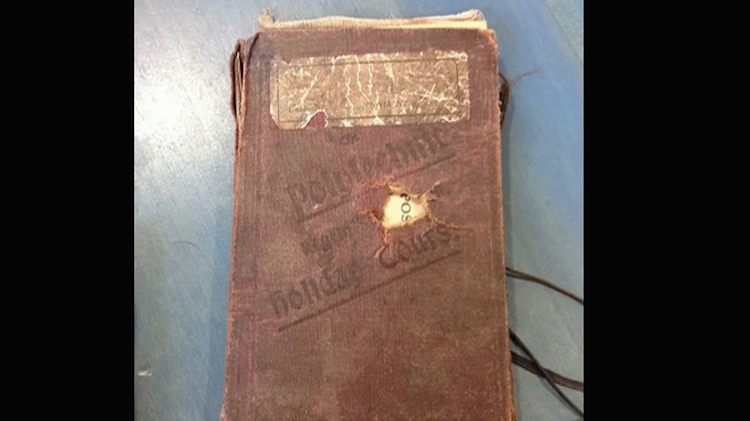 Nancy's Grandad served in the First World War.  He had a lucky escape thanks to a tin and booklet in his jacket pocket.  Now treasured family heirlooms.

My grandfather David Cowan was 32 years of age when he enlisted at Newcastle to join the army on the 16th of December 1914.

His regiment no. was 237075, Rank Private, he was possibly in the Newcastle Fusiliers or DLI.

He was listed in the following regiments 404 406 414 487. He was instantly dispatched to Northern France and was put to work digging ditches and tunnels at the Somme for two years, from March 12th 1914 to July 1916, when sadly he was wounded (GSW) Gun Shot Wounded.

He was medically unattended for 8 days. He was eventually dispatched to hospital where he stayed for 28 days.   He returned to England and was discharged from the Army on the 28th of January 1918, after a total service of 4 years.

These notes are as quotes from pension records, labour camp at York and Chelsea are mentioned in his records. After making a study of my grandfather’s life in the army it leaves me feeling very sad of the trouble and stress that was caused throughout his life.