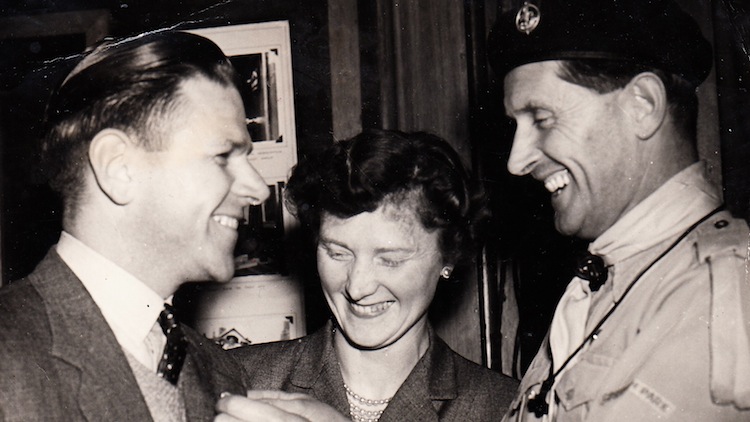 Harry's story is about a life of volunteering and the support he had from his wife Betty who also volunteered throughout her life.

What a satisfying feeling it is being a volunteer, as I have found out over many years. It all began in 1947 when the brother of my wife and a few other sea scouts decided to form a Sea Scout troop, later to be called 19th Tynemouth/9th Tyne Sea Scouts. First of all money was needed to find a place where the y could operate from so we and other friends were asked to form a committee to raise the necessary funds. What fun we had organising dances, concerts, raffles, quizzes and, of course, tombola. We even had a small caravan on the Spanish Battery car park where we served tea and biscuits for a small charge to the people parked there in their cars. Also, every August Bank Holiday we held a big funfair in the Haven in Tynemouth, lots of stalls and a refreshment tent where lots of goodies were sold. Eventually we made enough funds to build a scout headquarters, near the car park in the Haven where scouts could be trained in seamanship. They still are to this day.

While this was going on I was approached to join the Tynemouth Hospitals League of Friends in 1957, to help raise funds to supply extra equipment and comforts for the benefit of patients. It’s a job which I have really enjoyed   and have been Chairman and at present Vice Chairman. I have now completed fifty five years, have had a wonderful time and am still kept busy.

I was awarded an Honorary Life Membership for my work in 2005. In 2010 I was given a Diamond Award to commemorate the fifty years of League of Friends work. I am still working for North Tyneside General Hospital as a buggy driver, a really great job, taking patients and visitors to various wards and clinics. It’s a satisfying feeling knowing you have helped someone who may be having a difficult time.

My last bit of news is that I was a member of Tynemouth Volunteer Life Brigade for fifteen years, which I thoroughly enjoyed, even when called out in the middle of the night. I had to retire owing to ill-health and I’m now classed as a House Member. This is why I was nominated for an award in the individual section of Volunteering, a great honour which I was really surprised to receive. In 2010 I received the North Tyneside Council Chairman’s Commendation Gold Award for services to the community.

I must add, through all my life I have been supported and greatly helped by my lovely wife Betty, without whom none of this would have been possible.