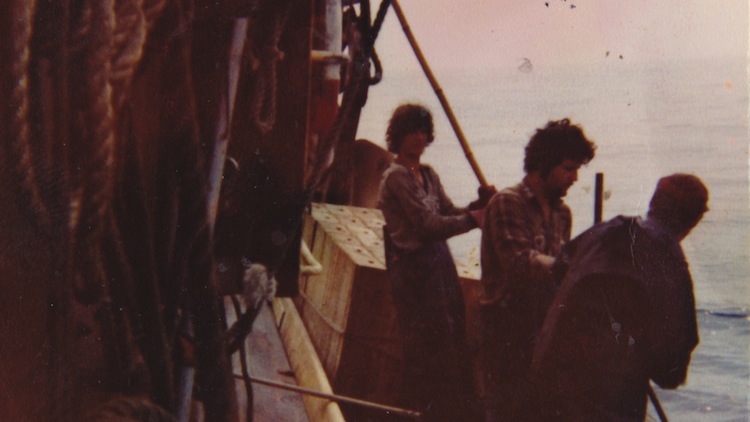 Albert’s story is about his time working at sea as a fisherman, how he feels about the sea and the adventures he had.

The fishing- when I first left school I always wanted to do fishing- to follow in my fathers footsteps. When I first experienced fishing it opened my eyes a lot. I knew I had to grow up, be part of the fishing culture.

Some good times and some bad times, dangerous times.

There was a lot of drinking, a lot of hard work.

Many times I wanted to pack it in, something about the sea just draws you back.

I seen horrendous weather, some really bad stuff. Lost a couple of me mates at sea, I've been over the side twice, lost two vessels and another time was when we picked a mine up.

The first time I ever experienced a mine, so I was on the winch with the rope and my own father says pick the mine up and I started panicking and couldn't handle it. So another guy took over, I ran behind the wheel house and my father says what you doing down behind the wheel house? I said well if it goes off we'll be match sticks... Get back on the winch! Horrible, frightening experience to have in your control on the winch. As we got it on board the lad who pulled the cod line, he went over the side, so we had a mine swinging about and a man overboard. We got a hold of him three times and with the suction of the boat he went down and down. Then he ended up on the other side of the vessel and we still had this mine swinging. There was a lot of shouting and bawling. It just scared the living daylights out of me. I think that was the worst time in my life cause I was only seventeen. Boy if you had of seen the sea... I just lost it, I'm not used to doing things like that obviously.

We had different ports, away at sea a lot and I would think it's an emotional waste job in the world, cause when your stuck out there with different crew members every time you went away and all the boats and that... I spent a lot of Christmas’s by myself. Birthdays by myself, yeah, I think it was pretty lonely.

Sometimes it was good money and sometimes it was bad but the bad outweighed the good. And every time I did come home my mother had always shifted so I never knew where I was at.

It's a life I choose to follow in my father’s footsteps but I wish I didn't like the sea but I like the sea that much. The thrill of it, the danger but sometimes it was too frightening, sometimes we don't really talk about different things, it's not very nice but as I say we had some good times, some lovely ports, lovely places. Some places when I make enough money I'm going to stay, buy this and buy that.