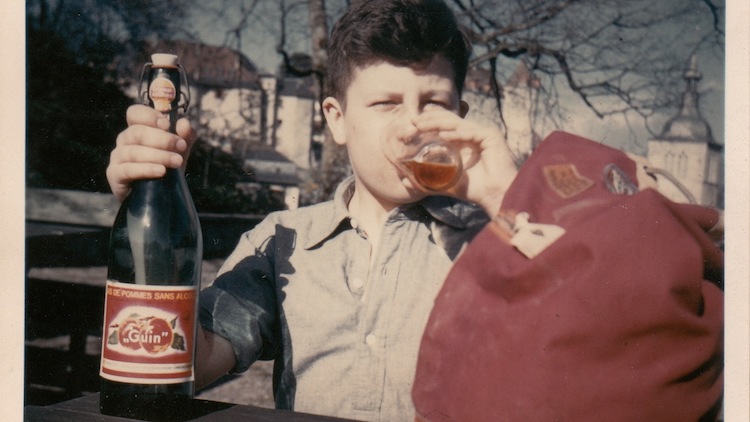 A stumbled upon inheritance revealed close family ties to the local glass making industry for Michael...

My sister Heather and I found the Turnbull glass hoard in Aunty Madge’s wardrobe, but more of that later. My Aunt Madge was a great storyteller and I listened from an early age to her stories of the Turnbull relatives and their glass works next to St Columba’s church in Southwick. Aunt Madge lived with her grandfather and grandmother Turnbull at 44 The Green, High Southwick on Wear from 1907. George Edward Turnbull, my great grandfather, started work as a glassmaker and became a commercial traveller for the Cornhill glass works. He travelled extensively for the firm obtaining orders and dealing with wholesalers. His cousin, Thomas Graham Turnbull, owned the factory. Aunty Madge told me that he used to ride on horseback from his home in Viewforth Terrace in Fulwell to Southwick daily, she said he would throw gold sovereigns into the molten glass to improve its quality. After her death we discovered a stash of glass in her wardrobe of which I became custodian. Some of the pieces are displayed in the National Glass Centre and the remainder, an amber fruit bowl, a cake stand and a clear vase I hold. A further small tumbler commemorating the Glasgow International Exhibition of 1901 was either made by Matthew Turnbull or brought home by my great grandfather after a visit to the event. My aunt also told me that the firm collapsed soon after Coronation year in 1953 because it was contracted to supply Woolworths with domestic ware, but Woolies could obtain the product a farthing a piece cheaper elsewhere and pulled the plug. For the uninitiated, a farthing is the equivalent to 0.6 new pence or just over half a new penny. It was a sad ending for the second largest pressed glass works in Sunderland, a sight that lingered in my memory having attended the nearby Monkwearmouth Grammar school and seen the decline for myself.