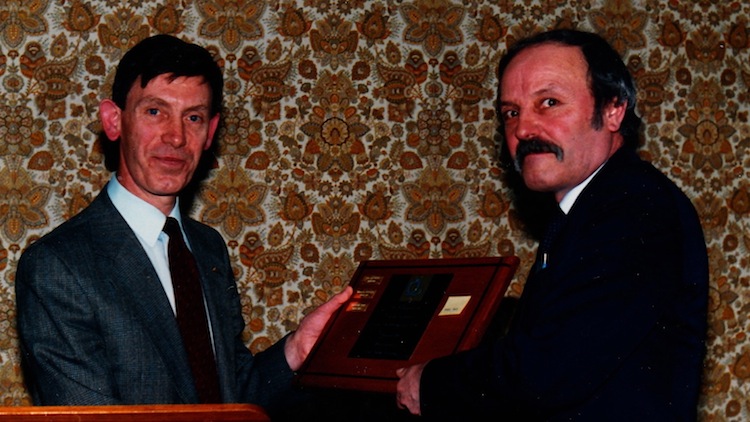 Freda tells how her husband Harry's pioneering work at Pyrex can still be seen in our homes today.

Harry was a hoarder, he had taken early redundancy from Pyrex when I met and married him so when I moved into his two bedroom bungalow the contents of his office including a very large drawing board occupied the smaller of the two bedrooms. He told me that he had worked in a drawing office as a draughtsman at Pyrex from the late 1960s when it was then owned by Joblings. Later he was sent by the company to Olivetti in Switzerland to learn how to programme computers for designs to go into the machines on the shop floor. His job description then went from draughtsman to computer programmer. He was very proud of the fact that he had the job of designing on the computer, the glass panel in the door of the then new automatic washing machines. He had been told that this panel had to be round, concave have a flat panel at the top which sloped down over and allowed the water to run down into the middle of the washing machine, and if you take a look at some of the machines, this type of glass panel is still used today, for example the Zanussi. After he passed away I was clearing out the loft and found some of the large floppy discs he had used with his then very large computer which fitted under his desk. Along with discs were his pay slips and a letter saying he had got a promotion and a pay rise for his achievements. One of these payslips from the 1970s tells him he’d the princely sum of 20p a week payrise. I would love to have known more about his work and how he went about designing on the computer but all I got was that he had worked on computers most of his working life and didn’t want anything more to do with them.