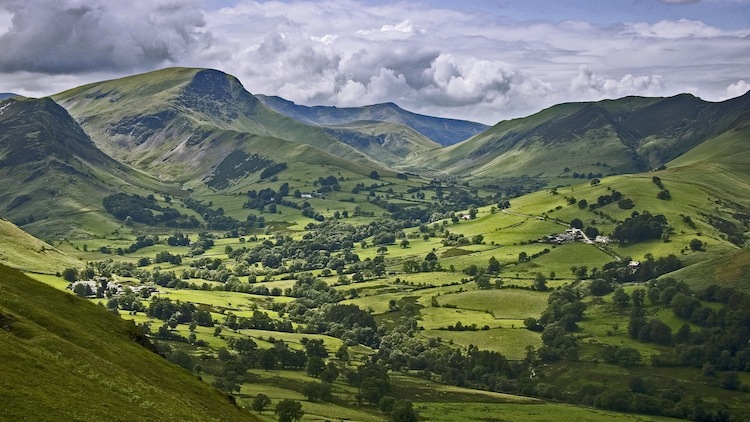 It's been 3 months since she left him and Faith's life is heading towards a more pleasant bright place, one that he is not part of, and No! She does not miss him or the weight of carrying his violence around.

It’s getting on for 3 months since I left him. The other day, someone asked me “Do you never miss him, having been with him for so long?” (13 years). I always smile at questions like that. The answer is always a definitive “No” in some form or another. Frankly, the day I waver on that is the day I start to lose my marbles! I had more company from my own thoughts than from him, you see.

I could always see in the distance a pleasant, bright place, indistinct in its detail, but visible nonetheless and clearly the place to aim for. But something always stopped me getting there. It’s like there was a huge mass in the way, which shrouded everything in darkness, fear and uncertainty, whatever I did, wherever I went, whoever I was with. It was like a massive shapeless stone sculpture; seemingly solid and immoveable; certainly sinister, unrelenting and threatening. This was the shadowy weight I carried around 24/7 while living with my ex-partner.

I learned some years ago that having an opinion which differed from his wasn’t worth the grief it caused. He would only rarely genuinely want my honest opinion about something. The rest of the time, he’d already made his decision and that’s what would happen. But he had a need to appear to consider my thoughts and I was obliged to give credence to his, all of which I now know only reinforced his sense of dominance. But when you’re in it, it can be difficult to recognise and you find coping mechanisms just to exist.

For a long time, I thought this was my lot in life, so I’d invariably go along with his wishes. When I felt particularly uncomfortable, strongly opposed or knew he was just plain wrong, I would try to say so. At some length, I’d be branded ‘negative’, ‘obstructive’, ‘unhelpful’, ‘deliberately awkward’, to list some of the politest terms used. At which point, I’d think to myself “This is why you keep your mouth shut”. I’d then duly capitulate to his supreme intelligence and knowledge…my subsequent words of compliance were designed to give him that impression anyway. It became a strategy to shut him up quicker, but it only worked some of the time.

It got even worse when he started to complain about my inevitable reluctance to ‘engage in conversation’ with him. ‘You don’t communicate with me’ he’d say. No shit, and that’s a surprise why??!! Whether I voiced my opinions or not, I was condemned either way.

Once I woke up to what this really was, I spent more than a year thinking I could get out of it on my own, but all that happened was things got more restrictive and the stress took its toll mentally and physically. It was like I’d been wearing a suit of invisible armour, only I didn’t know how heavy it’d been until the day I shocked him when my support team helped me get it off. I had thought I’d get straight back into work after leaving, but it certainly hasn’t worked out that way.

I’m very much in the driving seat now and necessarily so. I refuse to have any direct contact with him and he absolutely hates it. Tough. I’m stronger mentally than he’s ever been and I know the decisions I’m making are right because I feel an overwhelming sense of calmness inside.

I have my counsellor to thank for these analogies, but I can now describe that mass like an effervescent tablet dropped in a glass of water or a slab of limestone submerged in hydrochloric acid (or maybe sulphuric acid? Can’t remember my chemistry!). The more time goes on and the more processing I do, the more it dissolves, fizzing away, symbolising the erosion of the impact he’s had on my life. Part of it will always remain, as severing ties completely isn’t possible, although I hold some hope that may happen one day. I still have hurdles to clear, but that nice place is a hell of a lot closer.

Every minute of the day.

Description:
Three women who had experienced domestic violence tell their stories as part of the world’s largest campaign of men working to end violence towards women.