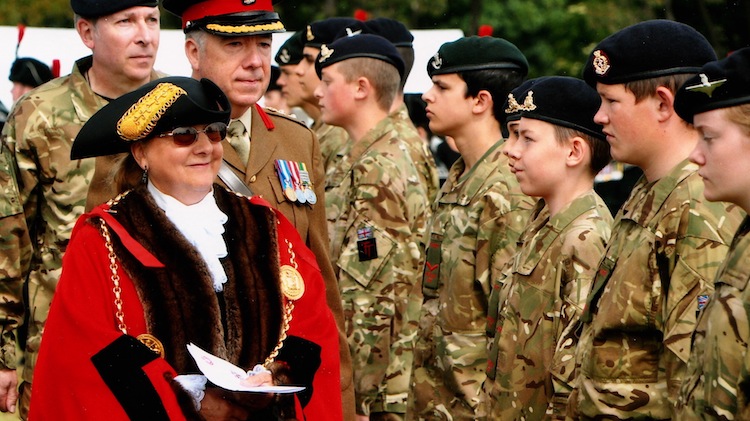 Fay's story tells of how her extraordinary career took her from being a secretary for her local council to the position of Mayor and a career in local politics.

Who would’ve thought that on the 1st of April 1974 the day of local government reorganisation when I entered South Shields town hall as an agency shorthand typist for a 2-week stint that I would eventually stay on and drive to the dizzy heights of mayor’s secretary.

Looking after 21 of South Tyneside councillors mayors and that upon retiring at the age of 67 I would go into politics and be elected as a labour councillor for Jarrow and then be chosen by my peers to become the mayor of south Tyneside, the first citizen of the borough.

What is the old saying? Poacher turned gamekeeper.

I can honestly say as mayor’s secretary I had the very best job in the world. There was never one single day when I didn’t want to go to work. No two days were ever the same and I met so many different people, including royalty, as it was part of my duties to arrange the visits when members of the royal family came to south Tyneside. I also accompanied our mayors on visits to our twin towns in France and Germany.

I was also very proud to be a unison shop steward for many years. For the past three and a half years I have served as a councillor for the Bede ward and I have the same enthusiasm for this job with the same love for the borough of South Tyneside and its people, especially now when we face so many challenges with the horrific financial cuts to local government and the terrible effects it has on services and on our residents.

When I look back on my life I remember a shy 15-year-old girl who left baring street school with no qualifications but had a very wise mother who sent me off to secretarial college for a year. Thank you mam. Your wisdom gave me a lifetime of fulfilling in a career I loved.