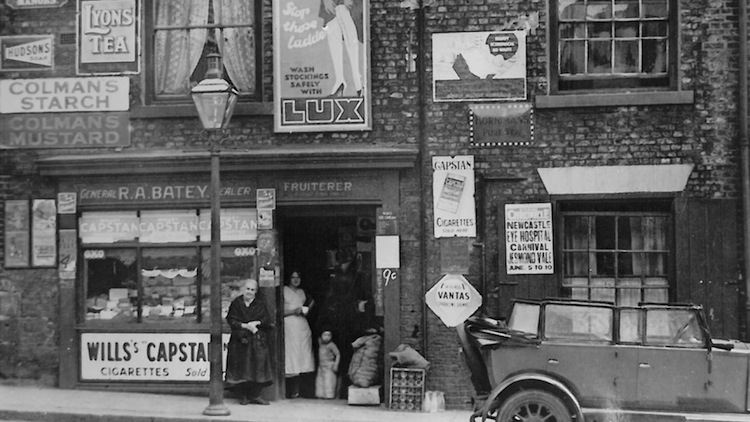 Steve reflects on the ever-changing and diminishing face of his local high street from 1978 to the present day.

When my partner and I bought our house in 1978, we were quite well served by a variety of small shops round the corner. We had a chemist, a cafe, a grocer, a newsagent, an ironmonger, a second hand shop, a greengrocer, a barber, a butcher and a Co-op.

My father used to go round the corner to the butcher and buy his favourite pieces of meat, including tripe which I can't abide. And the first time we took our baby son round the corner, the butcher gave him a silver crown for good luck. An older son of mine got his first job with the newsagent. The greengrocer always went early to the wholesale market to get the fresh vegetables and would make a special effort to get you anything out of the ordinary as would the ironmonger.

We did our main shopping at the Co-op but then Safeway opened their supermarket at Cowgate. The Co-op was the first to go followed quickly by the butcher, the ironmonger and the greengrocer. The newsagent stayed on but gave up in despair after his second break in. We had a hairdresser until a few months ago but he's gone now and his shop is being turned into....I don't know what.

What remains? We still have the cafe and we still have the chemist, now called a Pharmacy. But what's replaced them? We have four dress shops, a chiropodist who's just about to depart, a funeral parlour selling Muslim goods and an off -licence. If a Tesco supermarket opens on the General Hospital site, it's likely that the chemist will close and gone then will be the only traders round the corner that I still know and who know me.