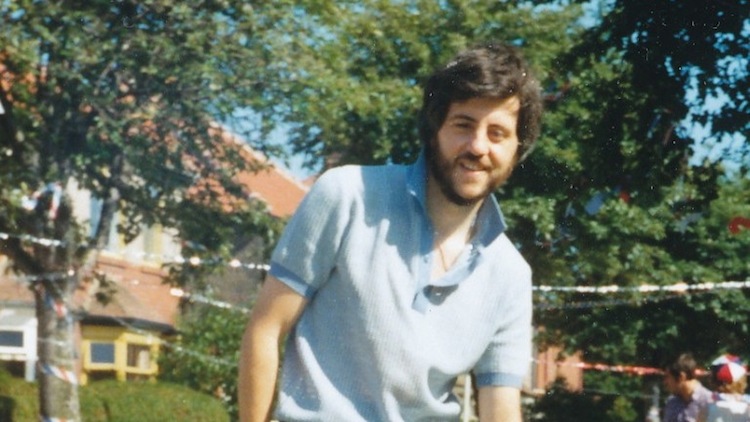 Ron describes his pride in taking part in the very first Great North Run, despite never been a great fan of running!

Back in 1981 I was a young man of 30 with a wife and 1 year old daughter. Apart from playing 5-a-side with workmates, I didn’t do any other sport and wasn’t particularly athletic. The furthest I had ever run was probably about 3 miles on a cross country run back in my school days and I only did that because I had to.

Then I heard Mike Neville announce on Look North that Brendan Foster was organising a half marathon that anyone could enter regardless of ability. It was to be called the Great North Run. For some reason I can’t explain, I thought, “I’d quite like to have a go at that” and I sent off my entry. There was a long training schedule recommended, but I was quite good at sticking to it.

On the morning of the race, my wife dropped me off a short walk from the start, which was possible in those days. There were thousands of people milling around. Buses were lined up on the other carriageway where you could leave your bag of clothes to be collected at the finish. My number was 5,633 out of over 12,000 runners. I had to line up a long way back from the actual start. It seemed an age after the starting gun had fired before we even began to move and it was several minutes before I actually crossed the start line.

Nobody really knew what to expect with it being the first one. People were lining the route all the way along and the clapping and cheering really spurred you on. I saw Kevin Keegan early on in the run with his mop of black curly hair and he was wearing a football shirt with black and white stripes on the right side and red and white stripes on the left. He disappeared off into the distance fairly quickly. At one point a brass band was at the roadside playing local tunes. It was amazing how people had taken to it and it was a great feeling to be part of it.

The miles ticked by until we reached the sea front and turned left along the final stretch. I remember passing the 12 mile marker, but the last mile seemed like 2. I tried to put on a fast finish to impress the watching crowd, hoping that my wife and daughter were among them. I remember, at the end, standing in a row waiting to be checked off feeling that my legs had no energy left in them. I finished number 4,706, so I had passed nearly 1,000 people on the way. We all received a medal and a T-shirt and I still have them both.

Afterwards I had no trouble finding my bag of clothes, but finding my wife and daughter was a different story. We hadn’t thought about how many people would be there and I must have walked round the finish area at least 3 times before I found them. Then we sat on the green and had a picnic lunch before heading home. That first run was a very special day and I was proud and glad to have been part of it.