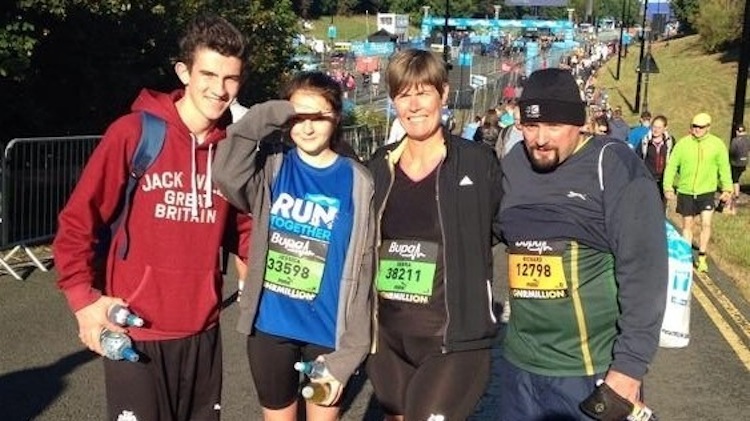 Ryan's story is about his once in a lifetime experience as a volunteer taking part in the performance at the Great North Run Million Opening Ceremony.

All My family were all doing the Great North Run, and I actually felt a bit left out, as I wasn’t taking part. When I learnt about the Great North Run Million Opening Ceremony I felt that as a young person I was being given a unique opportunity to share the inspiration of a great sporting event which started long before I was born.

At the first rehearsal I was chosen to be a Lantern and a Branch, which was the part that I always wanted to have when doing GCSE drama. Then I met Keith and Anne who were amazing people throughout rehearsals and who looked after me telling me about their lives and how they got involved.

On show day, in the dress rehearsal, I met another lady. When we were getting our costumes on she puled her glow sticks out and said she was Darth Maul so I called her Jar Jar Binks for the rest of the night.

Finally it was “peel out” time. The atmosphere was great. I danced to “Happy” going to my position on the bridge. It was time, the cue went and my lantern went up in the air along with the hairs on my arms and the northern breeze on my head. I was the proudest Geordie on the Millennium Bridge; this was the time I could say I was one in a million.

The most passionate part of the show for me was 'Defiance' which was when I hit my branch onto the bridge making the strongest defending sound on Earth when the Vikings came to attack.

For me, the most inspiring part of the show was when the Pithead floated on the River Tyne symbolising the industrial heritage and history of the North East and the courage of the runners.

The part in the show that everyone loved in rehearsals was the ‘Pet Shop Boys’ with the words ‘Hammer’, ‘Wheelchair’ (with the R emphasised by Nathan,) ‘Take a drink’ and ‘Sweat Away’.

This ceremony has been the best experience of my life and one that I will remember forever.