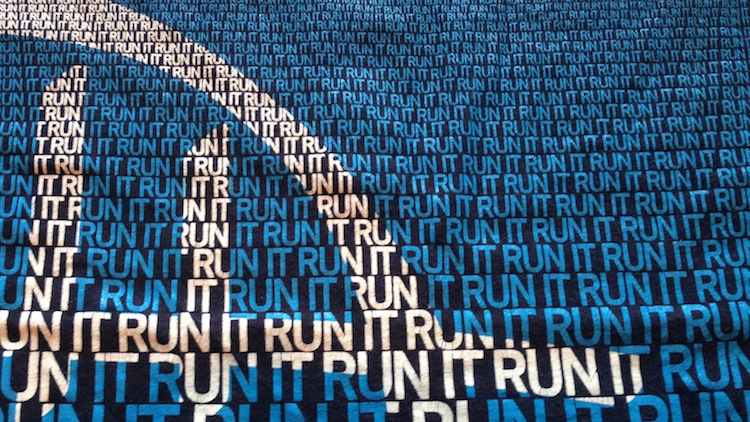 Lee’s story is about his experience from the first time he took part in the Great North Run and his sense of achievement that led his to keep coming back.

The first time I did the great north run was back in 2006, me and a couple of work mates decided to do it to get fitter. Two of us smoked and it was a long while since the other lad had seen his toes so. I managed to get my place through the draw that year so I didn’t do it for charity but since then I have. I started training roughly 2 months before the race, a mile or so at first about 3 times a week. Then I moved up nearer the time to about 7 miles in pain though. I did have a time in my head before I started that I wanted to do it in under 2 hours time.

Getting near the race it did seem that that was a tad ambitious and to make things worse the two lads I was doing it with both pulled out, after doing all the training there was no way I was pulling out myself but when it came to the morning of the race I was feeling a bit nervous and did consider just lying in bed but I managed to get myself on the metro to the start line a good half an hour before the beginning of the race. Now because it was the first time I was doing the run I was in the pink section with a pink number so I spent my tie chatting to fellow runners before and doing all my warm ups.

Once the race started at a slow jog to the start line. I think it was Bobby Robson on the start line that year and I can remember trying to get to him to touch his hand but getting nowhere near him so just jogging past slowly and although I had decided I was taking it easy the pace was a bit slow at first so I can remember weaving in and out of different runners and I can remember the main thing that hit me in the beginning was the atmosphere, the crowd were amazing at the other runners were giving each other encouragement as well, shouting and I can remember just getting goose bumps, really think I fed from the atmosphere on that first run and the adrenaline rush was worth 5 miles at least.

So the race itself seemed to go really quickly, I can remember going over the bridge to Gateshead and then I was in Gateshead I can remember on the way passing a band playing heavy metal, a speaker system at the roadside playing seven nation army just before we get into south shield and that giving me another boost as well taking me through there. Before I knew it I was coming down the hill over to the coast line and I was on that final mile and I just felt really good so I thought right I’m going to just sprint now to the line. I can remember just passing people, all the crowd cheering and everybody there was great and everybody was shouting encouragement again and just as I kind of started running out of energy, I could see the finish line and that gave me that final boost and I can just remember getting over the finish line just thinking I feel like I want to die I’m really knackered and then looking up and seeing my finish time and it was 1 hour 59 and 57 seconds so it was the nearest I could possibly get to under two hours and then, even though I felt a bit at the end like saying I don’t want to ever do this again but as soon as I got to the metro and was on the metro on my way home, I changed my mind and I was always planning to do it the next year.