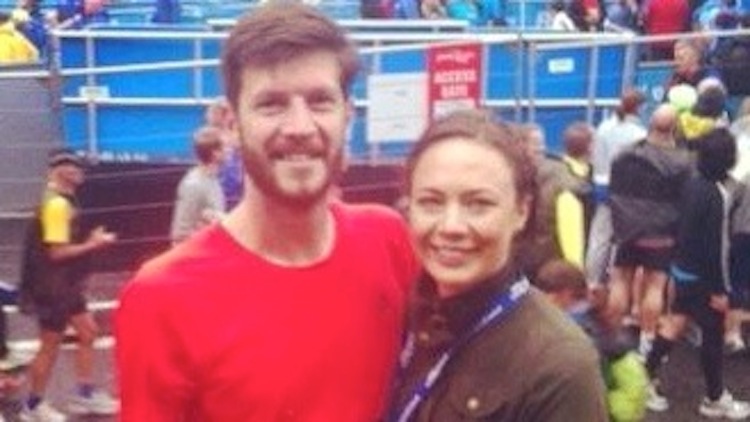 Beth's story is about how she collaborated with the artist Mark Wallinger to produce a piece of work to document the 2011 Great North Run.

I first met the Turner Prize winning artist Mark Wallinger in 2005 and we decided that we wanted to make a piece of work together for the Great North Run cultural programme. It took a number of years and a few false starts before we finally managed to decide on the right piece of work and in 2011 we agreed to make a film for our 2012 programme that would be shown alongside his major survey show at Baltic. When we were trying to decide what the work might be and how we might commission him we invited him to come to the 2011 event, he’s been a number of times before but with a particular research hat on and we were talking about how he might travel from the start of the event to the end. Obviously the main way of getting from the start of the Great North Run to the end is to run and that wasn’t going to happen, we can helicopter people, people can take public transport or you can be part of the cavalcade of lead vehicles at the start of the Great North Run that set off just in front of the elite athletes and when I described this to Mark and how we might sit on the press truck just in front of the elite male runners he said that’s it, that’s the work.

And like that the proposal was decided and the 2011 Great North Run, Mark and I sat on the back of an enormous truck with a gyroscopic camera attached to the front of it while we filmed a new work called “Camera Running”. It was a single shot film of the Great North Run.

We set off just a few meters in front of the elite male athletes and we drove at a very steady 13 miles an hour and we completed the event obviously in about an hour and we had a completely spectacular view of the Great North Run.

I run a bit but I know I will never be able to do the Great North Run, I wish I could but doctors orders say no and in a funny way this was my chance to see the run properly as athletes, as participants would do so and all the things I talk about the Great North Run and the way I get excited about it when I’m explaining it to participants and to athletes and artists were true; the way the crowds are out there, the long empty moments along the motor ways, the sweep and the surge of excitement as you come towards the sea were all absolutely true and that film, now is a document of my own way that I completed the Great North Run.