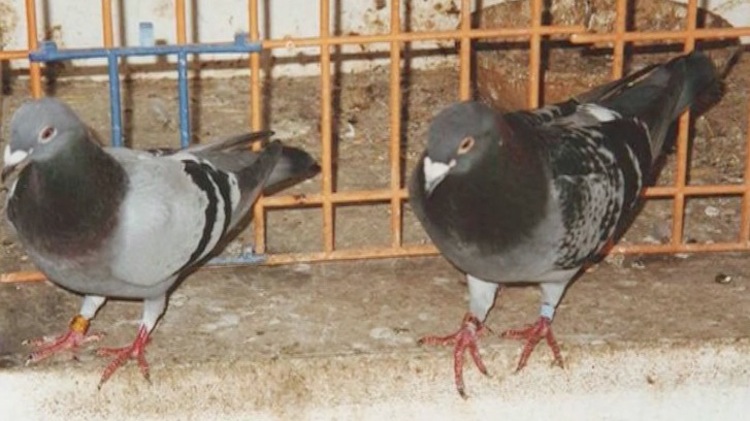 Malcolm talks about his passion for pigeon racing and how the Ford Arms pub in Byker was used as a base for pigeon races in the region.

Ok Malcolm, try telling me a little bit about your pigeon-racing hobby.

Well 1964, 1962 was when I started and then we used to, on the inland races you just went away from wherever you lived, but on the water races when we used to send them to France and places like that, you used to always have to bring them over to the Ford Arms and then what they did there was you stood your turn and each club had a different set up. They used to put rubber rings on their legs, then they used to always leave like on a Wednesday night because it was Thursday and into Friday morning when they got to France, then used to keep them over to give them a rest, then water them before they let them away on a Saturday morning, weather permitting. If it wasn’t well it would be a Sunday and they’d always used to take 3 days so the race was open for 3 days and then if you didn’t get any back while the race was over, 9 out of 10 times if you didn’t get them back on the Saturday you always got them back on the Sunday so the second day.

So why did you meet at the ford arms in particular?

Well that was the most central you see you had 5 big clubs like Walker, Wallsnd, and you had Cramlington had a one, you had Coxlodge and then you had Westerhope. This was the main place for the wagons to leave because they wagons used to just leave here, hit the motorway and then away they used to go you see.

Can you perhaps describe the atmosphere at the sort of start of the race?

Oh aye, there would be anywhere from 50 to 100 men there you know, we were all pigeon men with our cloths and everything, some of them had their sons and that there, some of them had their whippets and they would just bring, if you were setting 6 away you would bring your own little pigeon basket with your 6 in and you would just wait, each club were called separate so there was no mix up so it would be like western hope first and all the western hope men, walls end, all the walls end men, right the way through till it got to like Hazelrigg, all the Hazelrigg ones, everything just went you know and it was a meeting as well once you put your pigeons in you used to go in the ford arms have a couple of beers and then say right if you’re lucky enough if you’ve got a pigeon that good, see you on the Saturday night because once you’ve dropped your pigeon in, you would have to come over back to the ford arms and then the clock used to have a thimble you used to take the rubber band off, put it in the thimble, put it in your pigeon clock and then strike it and that would tell you like ten past 4 or half past 4. So you’d have to come over here, there was only special men would open them clocks to be sure there was no fiddling went on then they wrote all their particulars down and that’s how we found out the winners of all the different places

Was there a lot of rivalry and competition?

Oh a lot of rivalry aye, every in fact every sport has rivalry, I don’t think there’s a sport that doesn’t.