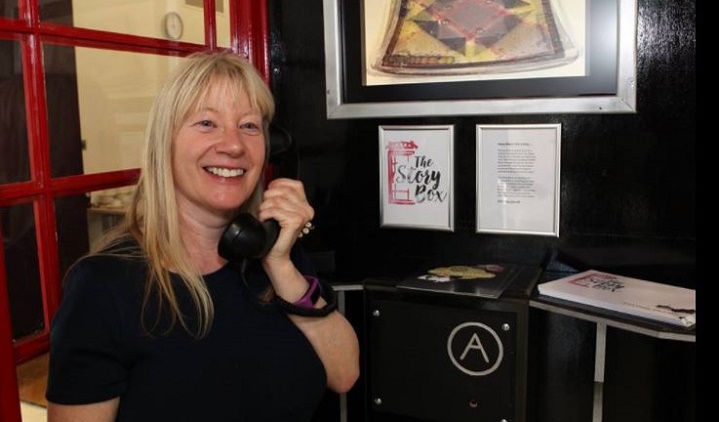 A one-person cinema in the form of a traditional red telephone box will be popping up at different locations around Newcastle this summer, screening short films made by people from the city.

It’s part of The Story Box, a digital storytelling project which has been capturing personal stories about people who live in Newcastle.

Alex Henry, Founder of Curiosity Creative CIC, the organisation behind the project, said: “We’ve been helping people to record short digital stories which tell us something about life in Newcastle today. All the stories are being added to our archive so we can capture a slice of the city’s history and preserve it for future generations.”

One of the people whose story features in The Story Box is Mark ‘The Byker Lion’ James. Mark has recorded two digital stories telling tales about growing up in Byker in the 1940s.

“At the age of 48 I went along to Heaton Adult Education Centre. We were encouraged to write short stories to improve our spelling. I wrote about the daft antics I got up to as a kid, like building my bogie with my mother’s old pram, swinging from the trees in Heaton Park, wrestling with the PE teacher in the school gym, and fighting with the school bully on Byker Park. I’ve still got the scars.

“Some of my stories won awards, and were broadcast on local radio. The Byker Lion’s the title of the original little book which was sold for a children’s charity.

“I’m proud of where I came from. It made me who I am. I wouldn’t want to be anybody else or have it any other way,” said Mark.

Some of the other stories screened in the phone box have been recorded at workshops run by Tyneside Women’s Health, The Grange Day Centre, Launchpad, and Crisis Skylight Newcastle. Each story is inspired by an object which holds special memories for the person telling the story.

Alex Henry added: “The red phone box will be appearing in the Grainger Market and Eldon Square over the next few weeks. If you see it, step inside and listen to some of the wonderful stories which people have been making.”

The Story Box phone box will be at Newcastle’s Grainger Market from 21 to 23 August.